Meet the new boss, not the same as the old boss

Falvey & Co. made a small but significant move this week when they signed pitcher, Ryan Vogelsong, best known for his years with the San Francisco Giants, to a new contract with the Twins.

Here’s what stood out to me: Vogelsong was signed to a minor league contract, not a multiyear, major league deal.

And that’s an important change for the Twins, who, under the previous Terry Ryan-led administration, were quick, it seemed, to sign past-their-prime free agent pitchers to multiyear contracts for huge-to-outrageous sums of money.

-Ricky Nolasco: Signed as a free agent in 2014 to the largest free agent contract in Twins history: $49 million for four years. In his three seasons with the Twins, Nolasco went 15-22  with a 5.44 ERA. He was later traded to the Los Angeles Angels of Anaheim.

All of those deals blew up on the Twins and former GM Ryan, so it was nice to see Falvey & Co. make the right call about Vogelsong and not overplay their hand. Vogelsong’s best years clearly are behind him. He’s 39, he has a career record of 61-75 and he last won in 2011 and 2012. But he’s also spent 12 seasons in the majors, so there’s little downside in signing him to a minor league contract and inviting him to spring training.

If he pitches well during spring training, maybe he makes the team. If not, then he’s available in the minors for a spot start, or to spell someone on the disabled list. Even better: The Twins didn’t back up the truck and pay him a bundle of money. 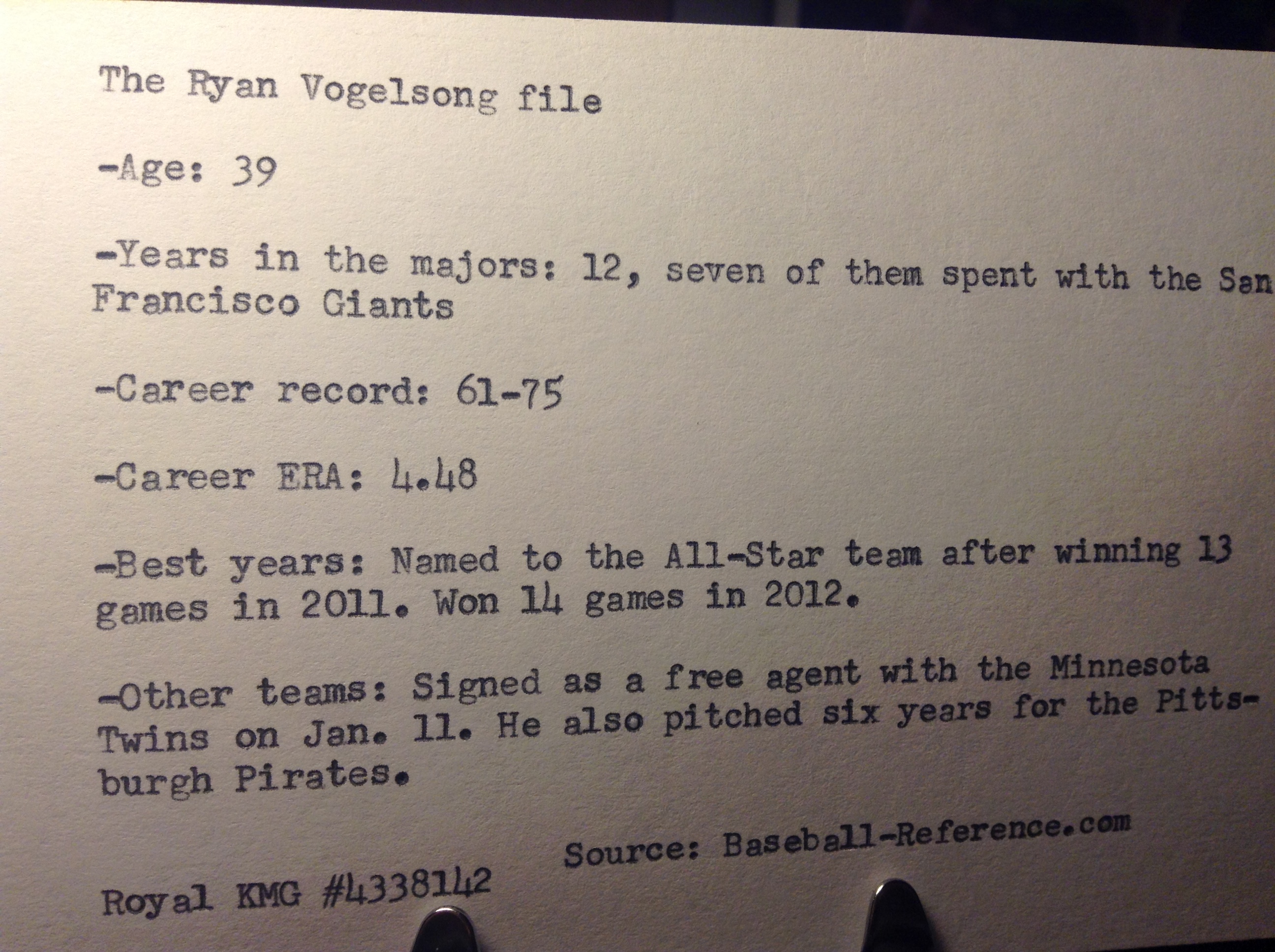