As they usually do, Twins take series from Rangers

Despite Wednesday’s blowout loss to the Texas Rangers, the Twins still won two of three games to win the series. And that’s something the Twins usually accomplish when they play the Rangers.

This isn’t on the same level as the Yankees’ dominance of the Twins in recent years, but the Twins still have found a surprising amount of success against Texas. Even in 2016, in which the Twins lost 103 games, the Twins still finished the worst season in franchise history with a 5-2 record versus the Rangers.

In fact, those five wins came in July last season, the only month in which the Twins had a winning record. They finished the month with a 15-11 mark. And that was it. Before July and after it was nothing but losing records.

I can’t quite explain why the Twins play the Rangers well because the Texas club has been good of late, although it took the franchise a while to win consistently.

In franchise history, the Twins have a .528 winning percentage versus the Rangers, including a 198-152 win-loss record at home and a near .500 mark on the road.

-Starter Hector Santiago pitched well on Wednesday, but the bullpen did not, giving up 12 runs after Santiago exited after five innings. The final was 14-3 and the Twins fell to 10-11 on the season.

-Miguel Sano had a good series against the Rangers, finishing with six hits, including a home run. 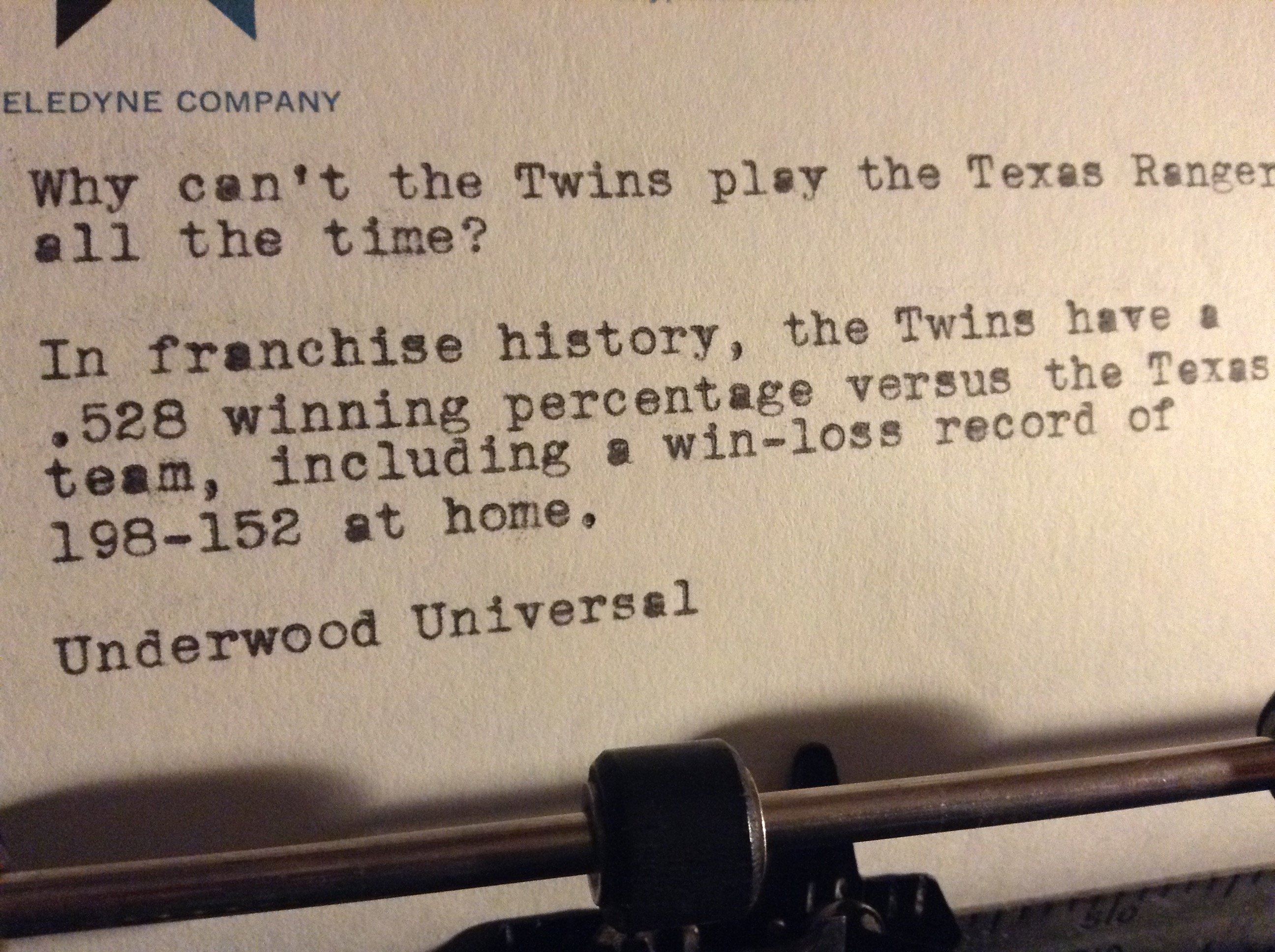