With the exception of third baseman Miguel Sano, the Twins haven’t hit all that well during the early part of the season. That was until Thursday when the Twins banged out 11 hits and scored as many times to knock off the Detroit Tigers 11-5 and salvage the final game of the three-game series.

Robbie Grossman, Max Kepler and Miguel Sano all delivered extra-base hits, struggling Byron Buxton finally got a hit and starting pitcher Phil Hughes was effective enough to improve to 2-0. Even better was Justin Haley in a long relief appearance. In three-plus innings, Haley gave up one run and struck out six.

-Remember how well Kyle Gibson pitched during spring training? He pitched so well that I was ready to call him the new Mr. Consistency, a pitcher that would win more games than lose. Well, he hasn’t shown that form so far now that it counts and appears to have reverted to his pattern of one so-so start, followed by one bad one. That was the case on Wednesday when he gave up five runs over four innings and exited with an 8.00 ERA.

-Center fielder Buxton, who has struggled mightily at the plate, had a better day on Thursday. He got a hit and stole a base. He has a long way to go, though, because he’s hitting .088.

-Adalberto Mejia gets the ball on Friday versus the Chicago White Sox. 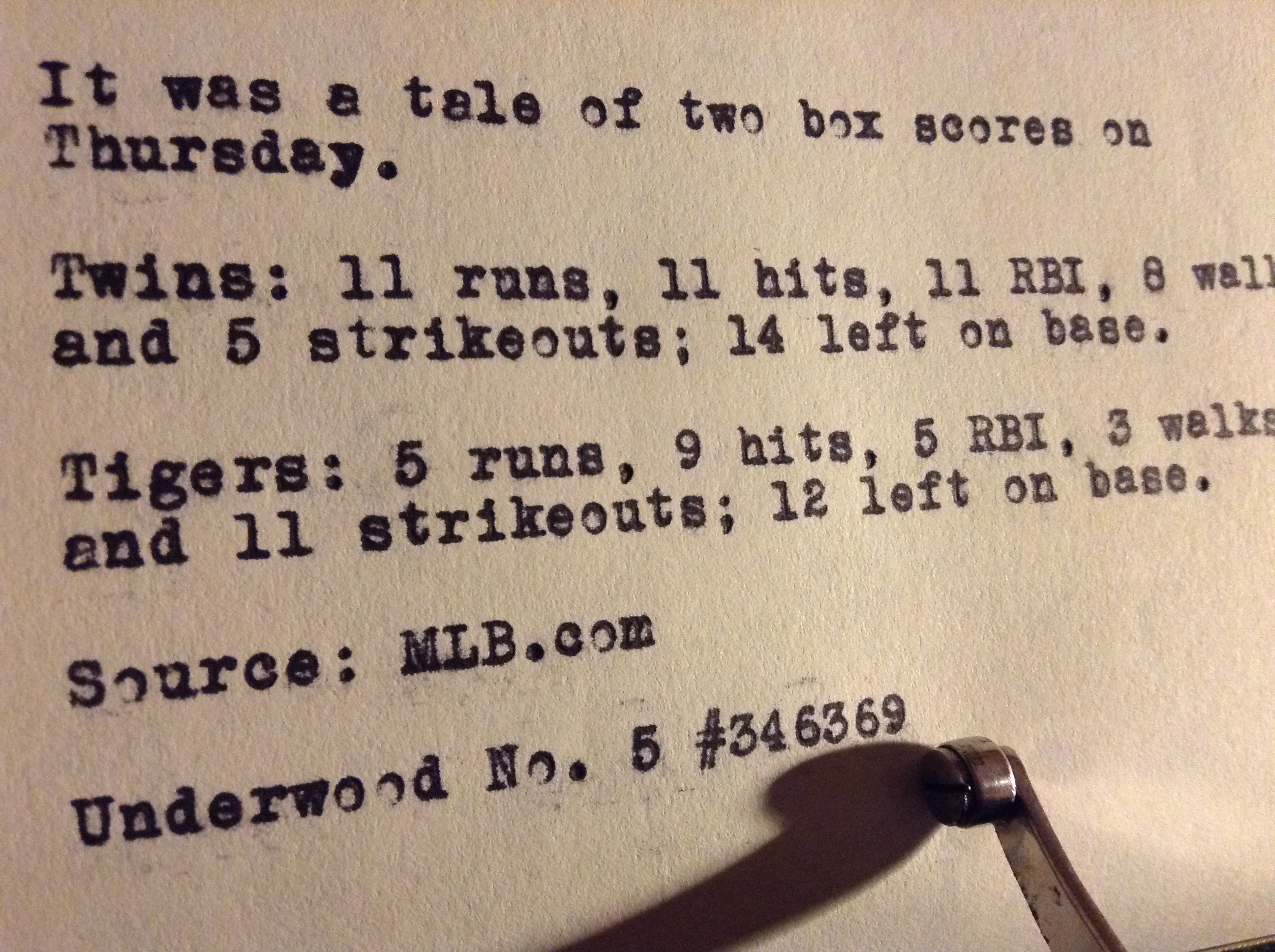