It’s over, Kyle Gibson. It’s over.

Kyle Gibson won his first start of the year on Monday, but it wasn’t because of anything he did. Instead, the Twins had his back and powered a 21-hit attack to come from behind and beat the Baltimore Orioles 14-7.

Gibson, recently recalled from Triple-A Rochester, lasted five innings and gave up six runs, all earned, with four walks (not good), five strikeouts and he surrendered one home run to Adam Jones. When he exited the game, the Twins were losing 6-0 until a mighty rally late in the game.

Despite the win, I don’t think Gibson pitched well enough to earn another start with the club. I expect him to be sent down again and for Adalberto Mejia to return. Gibson is certainly at a crossroads in his career. No surprise: he pitched well enough in the minors to get recalled, but he hasn’t shown that same ability with the Twins. I’m not sure where he goes from here, or how much more patience the Twins show him. And yet a pitcher with a 1-4 record and an ERA of 8.62 doesn’t make for the most rewarding trade bait. The Twins would appear to have few options, too.

-It was a great night for the offense. Of the 21 hits banged out by the Twins, Joe Mauer, Miguel Sano, Max Kepler and Jorge Polanco accounted for 14 of the 21 hits. Sano and Kepler also homered in Monday’s game.

Happy 57th birthday to one of my childhood heroes, @Hrbie14. Only Harmon Killebrew & Kirby Puckett played more games in a #MNTwins uniform. pic.twitter.com/VWssx45qhh 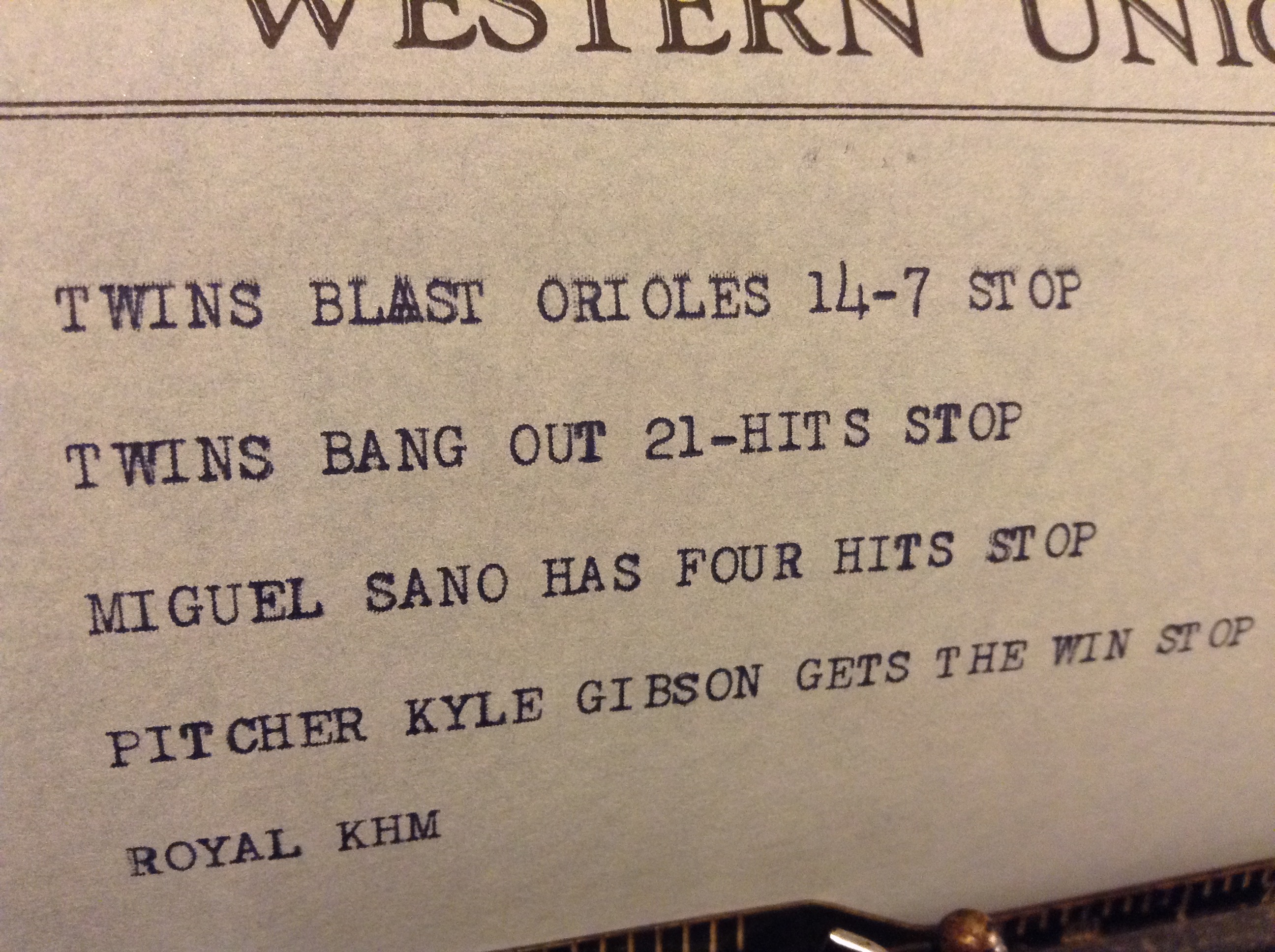