Twins’ bullpen is terrible in finale versus Red Sox

It was a weekend of hits and runs for the Boston Red Sox versus the Twins. After the 11-1 victory on Saturday, the Red Sox came right back on Sunday and once again scored early and often.

They scored three times in the top of the first and four times between the fifth and eighth innings.

And then things got really ugly.

That’s when the Red Sox poured it on and the Twins bullpen collapsed, allowing 10 runs in the top of the ninth to give the Sox the 17-6 victory. In two games, the Red Sox scored 28 runs on 31 hits, including eight home runs. Jesus.

The pitching was bad on Saturday and worse Sunday, particularly the bullpen. Starter Ervin Santana, previously undefeated, took the loss and fell to 5-1. He gave up five hits, including four home runs, and six runs, all earned, over five innings. Although Santana lost, the bullpen didn’t help matters with its late-in-the game nosedive.

Twins pitching also issued nine walks, which makes me wonder if home plate umpire Dan Iassogna had an off day. Joe Mauer certainly showed his frustration with the ump after he was supposedly caught looking on a ball well outside the strike zone. Replay shows the pitch wasn’t even close, but Red Sox reliever Craig Kimbrel did his job, striking out Mauer and Max Kepler to earn his first hold of the season.

Mauer on called third strike: "I'm still a little fired up right now. I like Dan, he's a good umpire, but thought he missed it right there."

-As Strib sportswriter Phil Miller noted, it appears that Falvey & Co. have evaluated the Twins and are now ready to cut some people loose. The first to go was starting pitcher Kyle Gibson, followed by reliever Michael Tonkin and outfielder Danny Santana. Gibson was sent to Triple-A Rochester, while Tonkin and Santana have been designated for assignment. 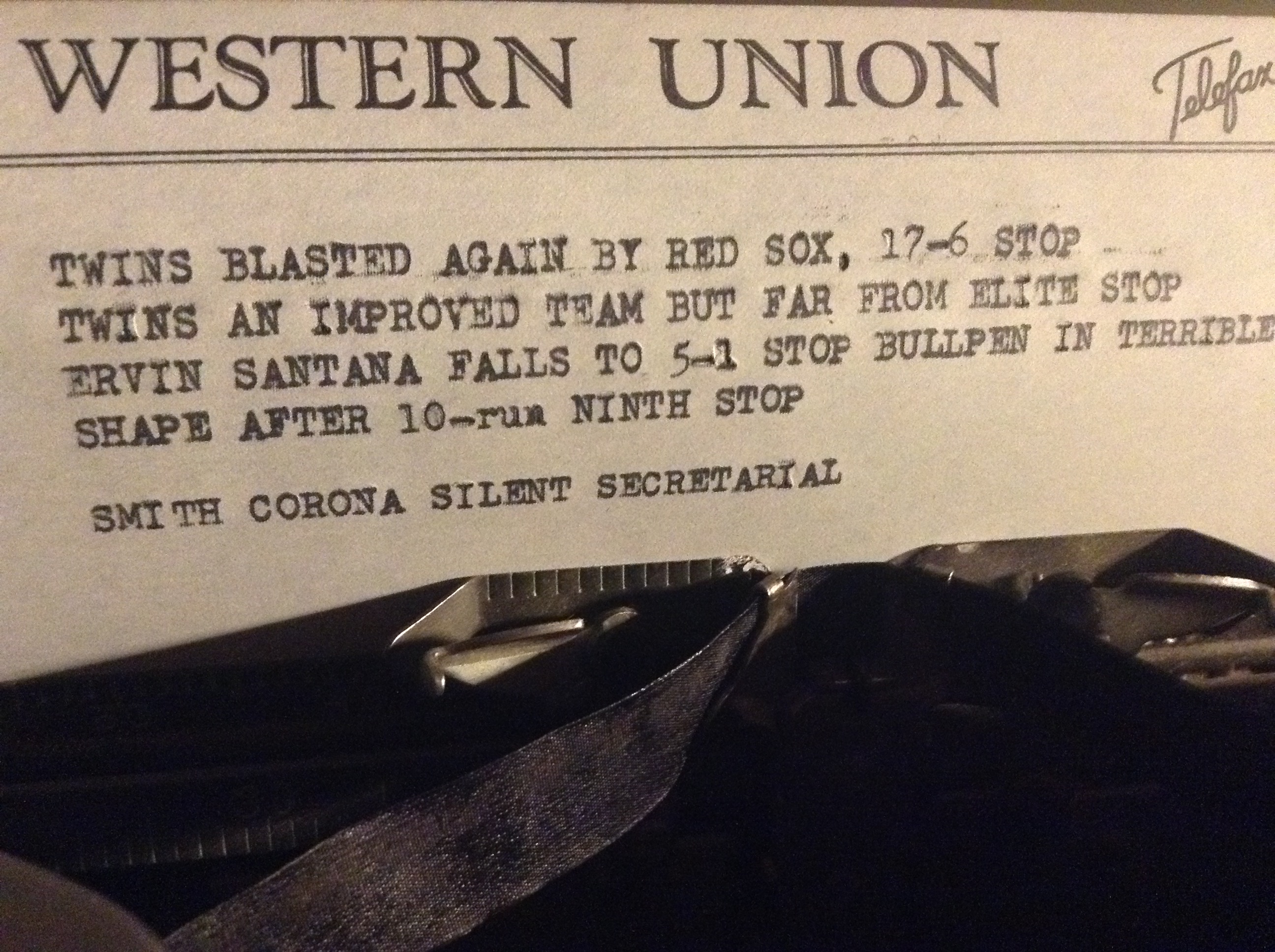