The Twins and Tampa Bay Rays squared off for the longest game in Target Field history on Sunday, a six-and-a-half-hour contest that the Twins finally lost 8-6 in 15 innings.

The Twins lost two of three games to the Rays to fall to 26-20 on the season, but they’re still atop the American League Central with a two-game lead over the Tribe.

Sunday’s 15-inning game meant the Twins exhausted their bullpen and finally had to hand the ball to starter Hector Santiago, who appeared on short rest (he started Friday’s game) as the Twins’ ninth pitcher of the match.

Santiago entered the game and he promptly gave up back-to-back jacks to lose the game. He fell to 4-4 on the season.

The Twins kept the game close, thanks to Joe Mauer. Mauer, looking like the star of yesteryear, had four hits on Sunday, including a double and home run. But it wasn’t enough.

-Despite my concerns about starter Kyle Gibson, he won another start from the Twins on Sunday and probably did just enough to hang onto his job. Gibson went five-plus innings and gave up three runs (two earned) and struck out four. But he also walked four batters and gave up two quick runs in the top of the first inning. Are you sold on Gibson? I’m not.

-More encouraging on the pitching front was Adalberto Mejia’s Game 2 start against the Rays on Saturday. Mejia didn’t figure in the decision, but he struck out six over five innings and gave up two runs. Taylor Rogers got the win and Brandon Kintzler the save in the Twins’ 5-3 victory.

-Game 1 of the series went to the Rays and starter and strikeout artist Chris Archer. I didn’t think the Twins would win and they did not, striking out 11 times against Archer in a 5-2 loss. Archer has got the stuff to be a star, but he has been Mr. Tough Luck so far in his career with the Rays. Despite having a 4.02 ERA and 233 strikeouts in 201 innings pitched, Archer LOST 19 games in 2016. This season he is 4-3 with a 3.61 ERA.

-A series win over the Rays would have provided a little momentum for the Twins. Instead, they’ll have to snap that losing streak against the red-hot Houston Astros. The Astros come to town Monday with a 35-16 record and a 10-game lead over the second-place Los Angeles Angels of Anaheim. The ‘Stros are scary-good: In the AL, they rank No. 1 in team pitching and No. 2 in team batting. 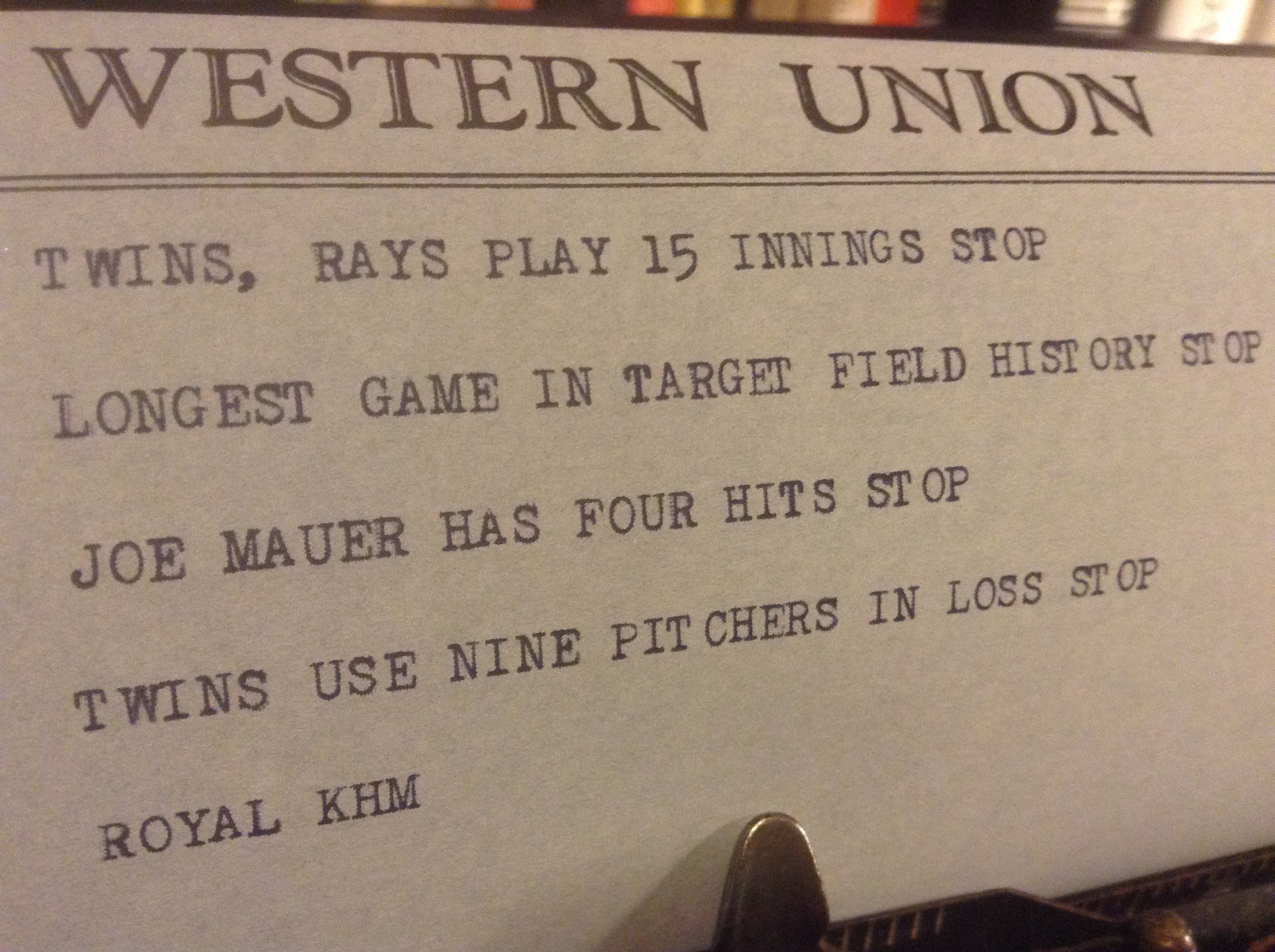