Twins make it 3 straight over Tigers

The Twins’ dismal performance in New York has quickly become ancient history now that the club has taken three games from the Detroit Tigers, including Saturday’s 10-4 win. Meanwhile, the rest of the American League wild card contenders continue to lose, so the Twins now have a four and a half game lead over the Kansas City Royals, Texas Rangers and Los Angeles Angels of Anaheim. The Angels have lost six straight, including games against the Cleveland Indians and Houston Astros.

And I thought the Twins had a hard schedule.

The Twins fell behind early in Saturday’s game, but rallied for eight runs in the top of the eighth. Ervin Santana improved to 16-8 with a 3.36 ERA. He allowed three runs over seven innings and struck out five with no walks.

It’s been quite a turnaround for Santana since coming to the Twins as a free agent in 2015. He won seven games in each of his first two seasons — he also sat out half of 2015 due to the use of performing enhancing drugs — but has rebounded nicely after enduring 100-plus losses in 2016. This marks the third time in his career that Santana has won at least 16 games in a season.

Jose Berrios gets the ball Sunday.

-Brian Dozier got things started for the Twins on Saturday after he laid down a bunt, then came home to score after the Tigers’ third baseman thew the ball into right field.

-Where would the Twins be without starter Kyle Gibson? Take away his seven wins in the second half of the season and the Twins are probably looking up at some other team in that second wild card spot. Before the All-Star break, Gibson was 5-7 with a 6.31 ERA. Since then, he is 7-3 with a 3.58 ERA.

-The Twins have one more game with the Tigers on Sunday, then head to Cleveland for a three-game set on Tuesday before returning to Target Field for the final three-game homestand of the regular season. How will things shake out by then? I’m not going to say, for fear of jinxing the team. But I will say this: I’m feeling good about their chances to clinch a playoff berth. 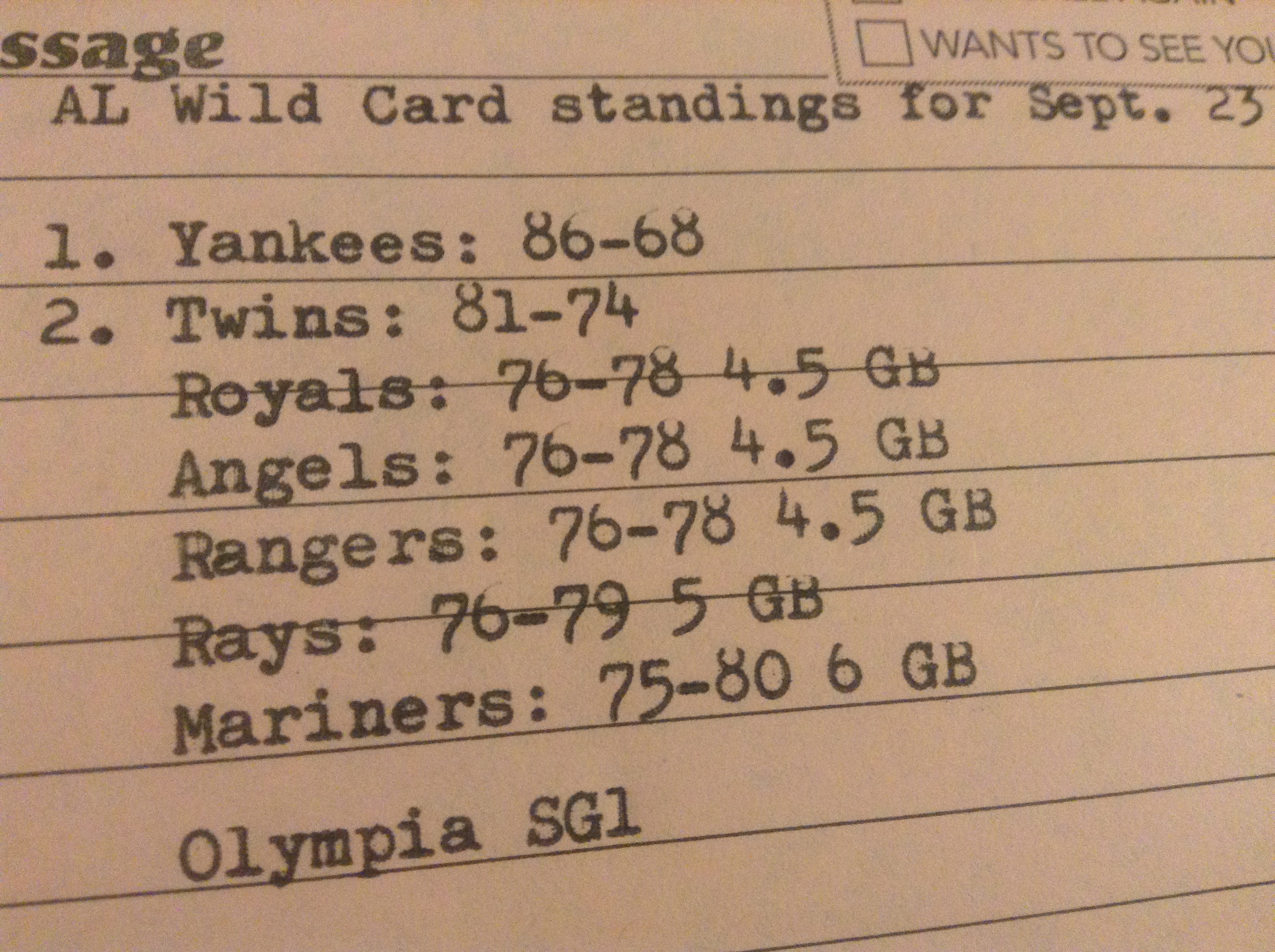