Glen Perkins’ tenure with the Twins at a crossroads

Closer Glen Perkins, a Minnesota native who also has spent his entire major league career with the Twins, is a free agent after the club on Wednesday declined to pick up his option for 2018. Instead, he will receive a $700,000 buyout and be free to sign with any team, according to MLB Trade Rumors.

Whether he does that is another matter because he has said he is only interested in playing for the Twins, according to the Associated Press.

So, is that it for Perkins and the Twins?

There’s a chance he could come back as a free agent, but it seems unlikely after the shoulder injuries he has had to battle. Perkins finally returned to the mound late in the season, but he pitched sparingly and ineffectively. For his career, though, he notched 120 saves, including three straight seasons of 32 or more saves, and was named an all-star in each of those seasons.

Falvey & Co., too, may have decided that the Twins don’t need a closer, or at least that was the experiment — if you want to call it that — that revealed itself mid-season after the Twins dealt Brandon Kintzler to the Washington Nationals. The Twins went with a bullpen by committee and it contributed to a postseason playoff berth.

-The analytically-minded Falvey & Co. took another step in cementing that reputation after they hired John Manuel, the editor of Baseball America, to join the Twins’ scouting department. Manuel, according to his Facebook post on the subject, spent 21 years at the publication as writer, columnist and editor.

I’m incredibly excited to start a new adventure, working in the game I love for people I respect tremendously. I will miss just about everything about Baseball America, because as an adult, it’s about the only job I know. But I’m very honored that the Twins would have me.

-Speaking of Baseball America, the publication has envisioned a brave new world of major league baseball if the league decides to expand to 32 teams and award clubs to Portland, Ore. (my hometown) and Montreal. Under their scenario, the National and American leagues would go away and be replaced by four geographic divisions with eight teams.

The Twins, according to BA, would land in the “north” division with Boston, Cleveland, Detroit, Montreal, Toronto and both the New York Yankees and New York Mets. In other words, it would be hands-down the toughest division in baseball. Given the Twins lack of success against the Yanks I am not in favor of this proposed realignment. The good folks at Twinkie Town also had a heart attack.

However, BA also suggests a shorter season — 156 games — and expanding the number of wild card games to four. I support both of these proposals because the fans deserve to see their club make the playoffs.

-Former Twins manager Ron Gardenhire, who won six division titles in 13 seasons and then surprisingly had difficulty finding work after he was let go in 2014, was interviewed Wednesday to be the manager of the Boston Red Sox. Gardy is thought to be one of three candidates for the job. He spent the past season as bench coach of the Arizona Diamondbacks. The D-backs qualified for the postseason after winning 93 games. 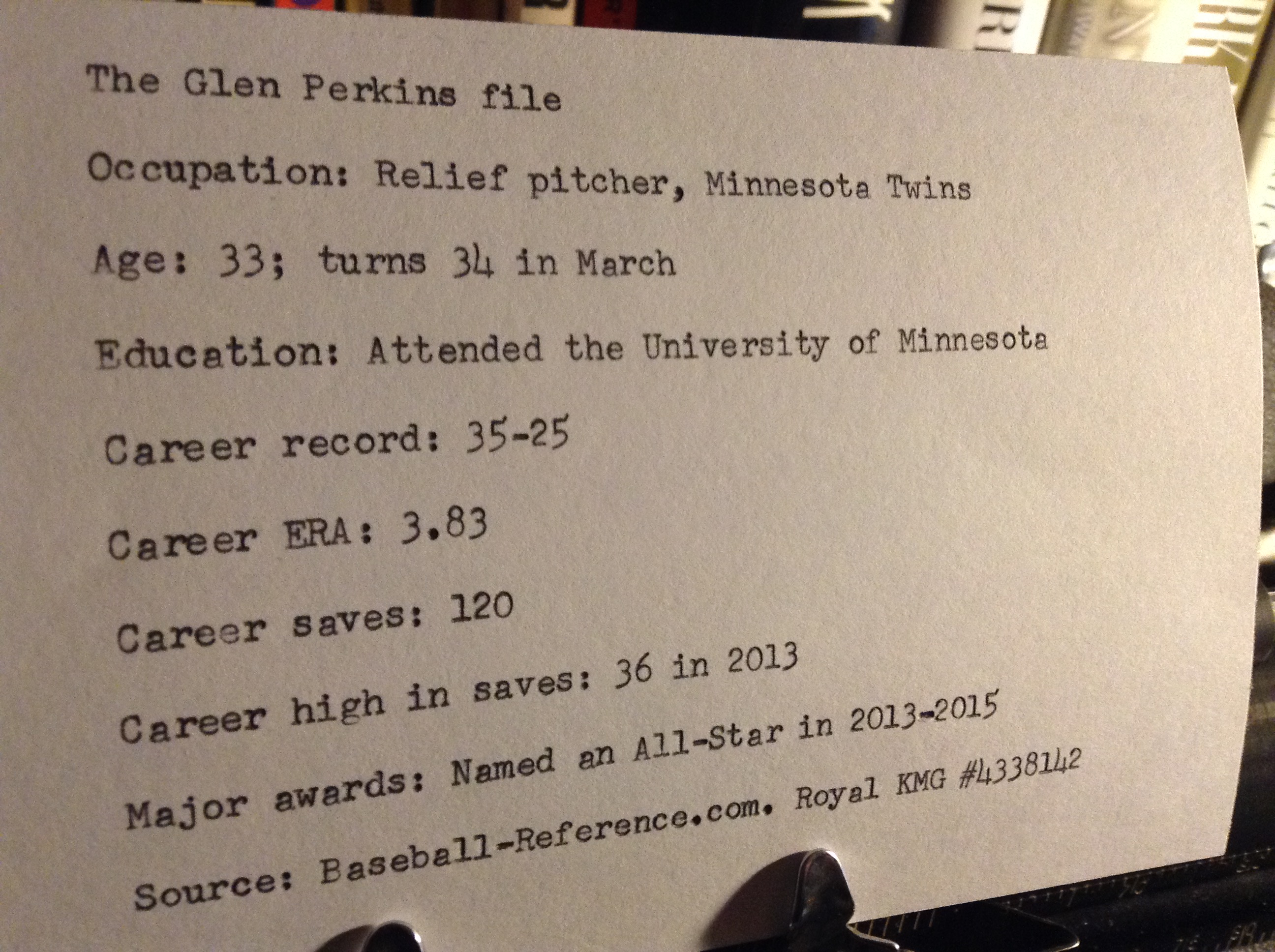