Longtime relief pitcher Craig Breslow has signed a minor league contract with the Twins and he recently talked up the club in an interview with baseball scribe Ken Rosenthal.

He also mentioned how he worked on his pitching delivery during the offseason, how he feels he can help the Twins and he had some nice things to say about Twins Chief Baseball Officer Derek Falvey.

And then we learned the following from those who cover the Twins, including reporter Mike Berardino of the Pioneer Press:

-If he makes the team, it also includes about $1 million in performance incentives.

-And his contract comes with an opt-out clause, meaning Breslow can part ways with the Twins about 10 days before opening day. If he senses a better deal elsewhere, I guess he could decide to move on. You’re no dummy, Craig.

Sad news to share: Former Twins skipper Ron Gardenhire, hired during the offseason to be the bench coach for the Arizona Diamondbacks, has been diagnosed with prostate cancer, according to multiple reports. Prostate cancer, as I understand it, is one of the more treatable forms of cancer. But Rick Stelmaszek, a Twins coach from 1981 to 2012, has a bigger fight on his hands: He’s battling pancreatic cancer.

“You have to keep the faith and plug away,” Stelmaszek told the Strib.

A perfect day in Fort Myers for the first day of workouts for Twins pitchers and catchers pic.twitter.com/rl1f9FXnSA 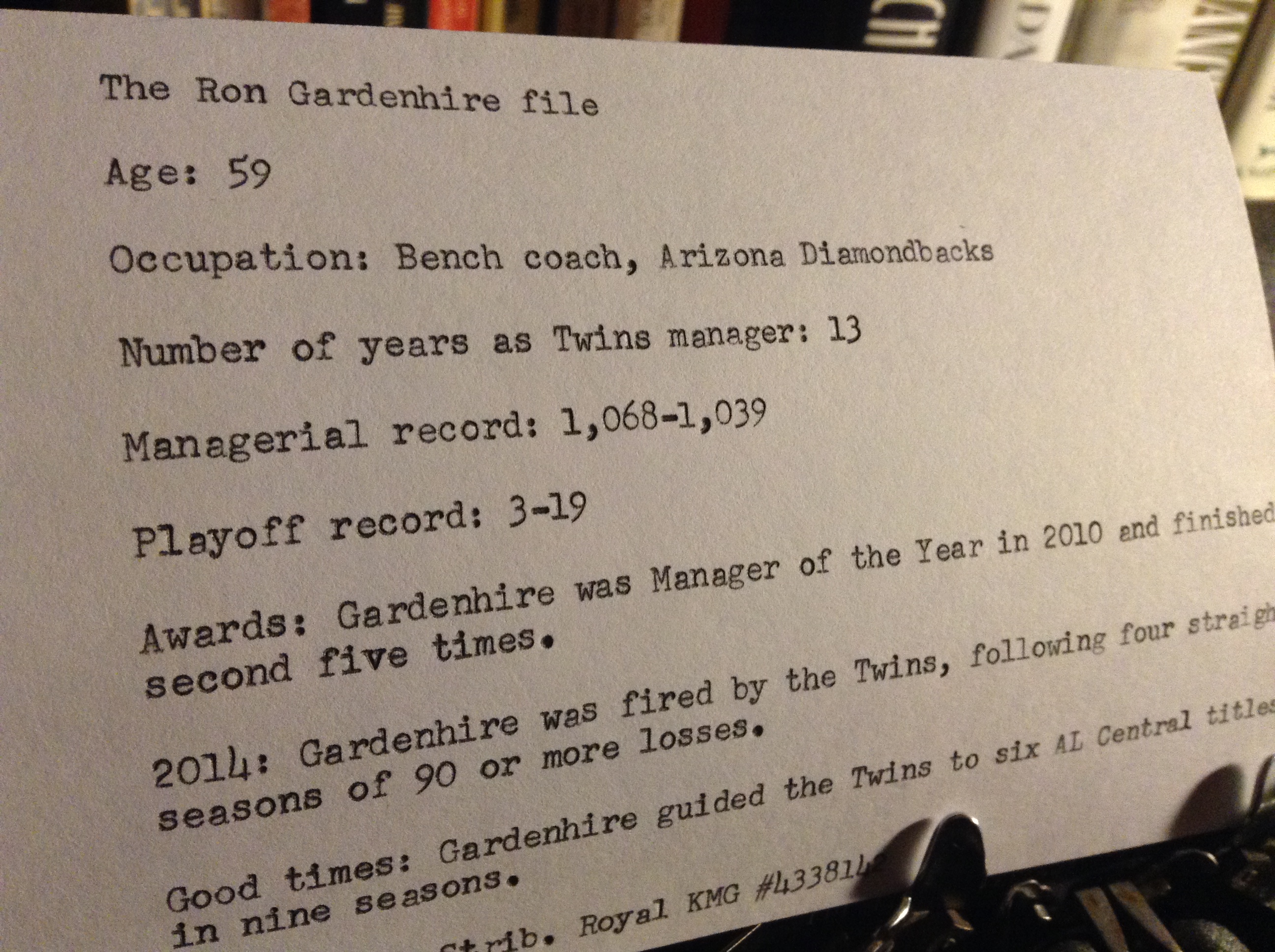