Are the Twins ready for the Fernando Rodney experience?

Closer Fernando Rodney is in the house after the Twins signed him to a one-year deal worth $4.5 million. Here’s the good news: Rodney has 300 career saves, including 39 last season, a career ERA of 3.73 and he struck out 65 batters in 55-plus innings in 2017. Apply that over nine innings and Rodney had 10.6 strikeouts per game, according to Baseball-Reference.com.

Here’s the bad news: He’s set to turn 41, he has 66 career blown saves, including six last season, as well as 53 career wild pitches, including seven last season. He also has a tendency to issue walks. In more than 800 innings pitched, Rodney has issued 404 base on balls.

Combine the above with Rodney’s desire to wear a cockeyed cap and shoot an imaginary arrow after each save and you have the Fernando Rodney experience.

Here’s how USA Today explained it:

The experience typically starts with the bases empty in a save situation, and usually it ends with Rodney shooting an imaginary arrow into the sky after closing out the victory. After all, he has collected 300 career saves. But it’s what often happens in between that has earned Rodney a reputation for inducing heart palpitations and indigestion among fans and his managers alike. Runners find a way to get on base during his outings. Counts run full. His pitches start adding up. Suspense raises to maximum level.

Well, at least the Twins didn’t overspend to sign him, but his effectiveness worries me. I mean, do we really want to relive the Ron Davis experience?

More encouraging for the Twins was the team’s decision to sign starting pitcher Michael Pineda, who the Twins picked up for two years at $10 million. Pineda, like Rodney, can be maddeningly inconsistent, but when he’s on his stuff can be fantastic. For his career, Pineda has struck out 687 batters in 680 innings pitched, including 207 strikeouts in 175 innings pitched in 2016. In May 2015, Pineda put on quite a show by striking out 16 in seven innings in a 6-2 win over the Baltimore Orioles.

The disappointing news in all of this is that Pineda is recovering from Tommy John surgery and likely won’t join the Twins until late in 2018 or 2019.

At least the Twins are trying to be active in the free agent market, but the real breakthrough will be if they can sign pitcher Yu Darvish. Keeping my fingers crossed. 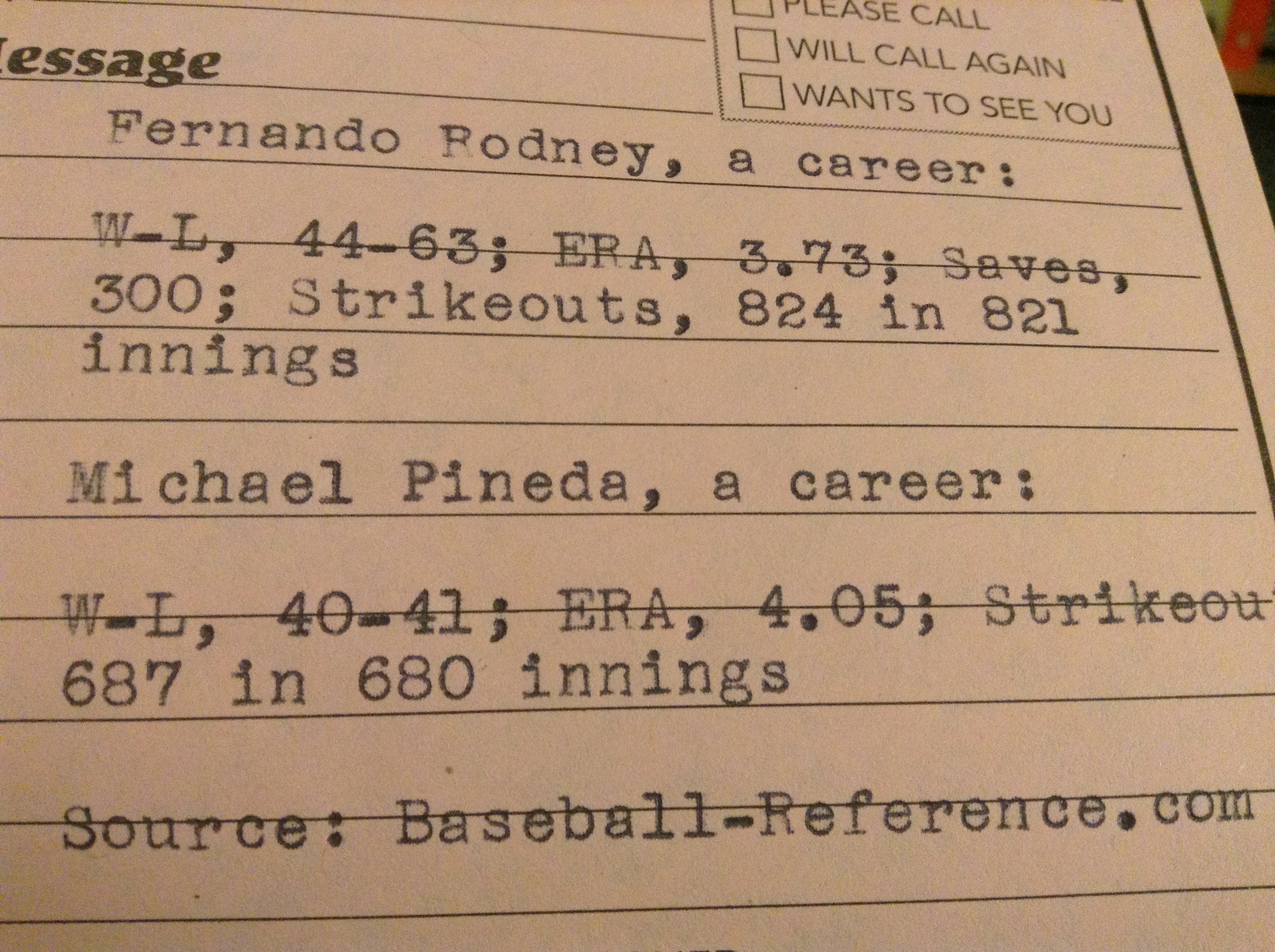