If the Twins’ bullpen moves have you confused, you’re not alone

What a difference a few months make. It was in July that the Twins sent closer Brandon Kintzler and his 28 saves to the Washington Nationals, which left many Twins fans asking: Why? Some thought, including this blogger, that the Twins had thrown in the towel after a difficult, mid-season stretch of games.

Or maybe Chief Baseball Officer Derek Falvey and General Manager Thad Levine, otherwise known as Falvey & Co., preferred the group approach. After all, the Twins had 42 saves last season, and after Kintzler’s departure, Tyler Duffey, Matt Belisle, Trevor Hildenberger, Dillon Gee, Justin Haley and Gabriel Moya chipped in with 14 additional saves. That wasn’t so bad, was it? The Twins went 20-10 in August and were on their way to a post-season berth for the first time since 2010.

But now Falvey & Co. appear ready to embrace a No. 1 closer again.

First they signed Fernando Rodney, who had 39 saves for the Arizona Diamondbacks last season, followed by a deal to get left-handed reliever Zach Duke, formerly of the St. Louis Cardinals. To top it off (and the Twins may not be done yet) the team has now signed closer Addison Reed, previously of the New York Mets, to a two-year deal worth about $17 million.

Although Rodney has been known to struggle with his control, that’s not the case with Reed, according to MLB Trade Rumors.

His success has come thanks in part to an aversion to doling out free passes, including in 2017, when he issued 1.78 walks per nine. At the same time, he logged a solid K/9 (9.0) and recorded his highest full-season swinging-strike percentage (13.7).

So, is Rodney the closer? Or will it be Reed? Or is Reed the insurance policy for Rodney if the Fernando Rodney experience gets out of hand? Or perhaps Falvey & Co. want to stick with the bullpen by committee approach, but do it with better players. There are reasons to do so: The Twins bullpen ranked 22nd with an ERA of 4.40 and were 29th in strikeout rate last season. 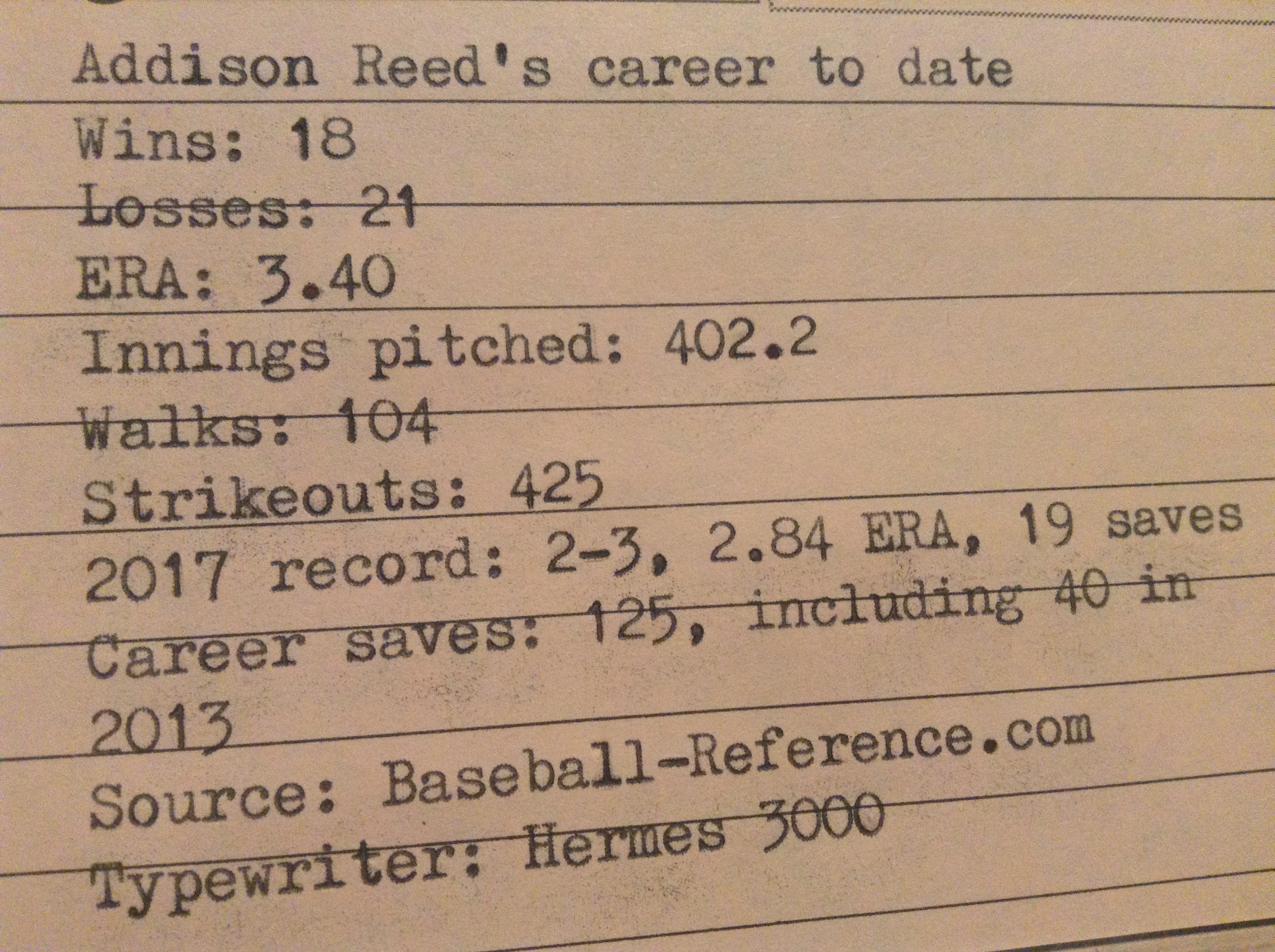