Once in Ontario, Harmon Killebrew country is just across the Snake River

We arrived in Ontario, Oregon on Sunday and finally made our way to Payette, Idaho Monday morning. You head east across the Snake River, pass through the town of Fruitland and the unmistakable smell of onions (onion supplier Dickinson Frozen Foods is based in Fruitland), then you turn north toward Payette. We kept our eyes peeled for anything related to the slugger and it didn’t take long before we found ourselves at Killebrew Drive at U.S. 95. 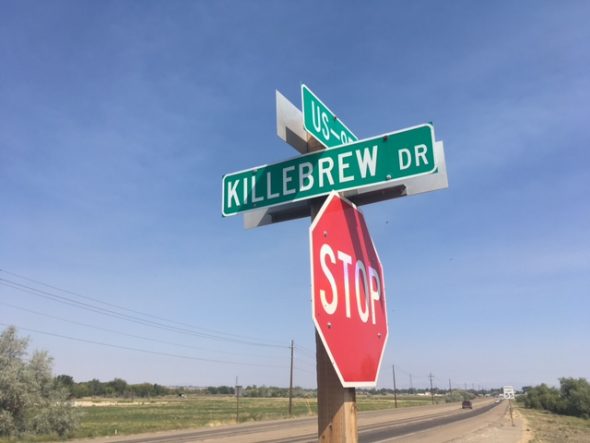 Somehow we managed to get sidetracked off U.S. 95 and wound up in downtown Payette where the Killebrew landmarks aren’t quite as obvious. The Payette County Museum was closed (opens Wednesday), so we tried the local newspaper office, but it, too, was closed. Lucky for us, a gentleman pulled up in his truck outside the newspaper office, so we asked him for help. It turned out that he had gone to school with Killebrew’s nephews and had met the man many times during his lifetime. He pointed out the old and new high schools to us, as well as the Killebrew signs on U.S. 95 and the local cemetery where Harmon is buried, along with this parents and some of his siblings. 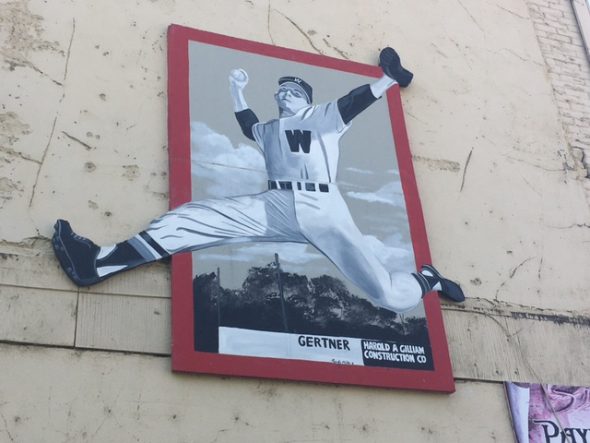 The youngest of five children, Harmon was born on June 29, 1936. He grew up to become an outstanding athlete in several sports, according to “Ultimate Slugger,” a 2012 biography of the man by sportswriter Steve Aschburner.

“Harmon was the only person that I recall who graduated from Payette High with four letters in all four years,” his friend Ron Manser told the author. “He lettered in football, basketball, baseball and track every year.”

After high school, he played semi-pro baseball for the Payette Packers, hitting better than .600. It was around that time, by then the early 1950s, that a tip about Killebrew — from Idaho senator, Herman Welker, to Washington Senators owner Clark Griffith — produced a visit from Senators scout Ossie Bluege. Bluege saw Harmon hit a home run, then returned the next morning to walk off the distance himself. By his count, the 17-year-old Killebrew had hit a 435-foot home run, according to Aschburner’s book.

The man we met Monday outside the newspaper office told us to look for a boxcar near the former high school that Harmon attended. In the general area of the boxcar, stood home plate, he said. The man said Harmon used to hit home runs from that spot to U.S. 95, which, after we checked the site, would be no small feat. From that boxcar, it’s easily 400-500 feet to get to the highway. 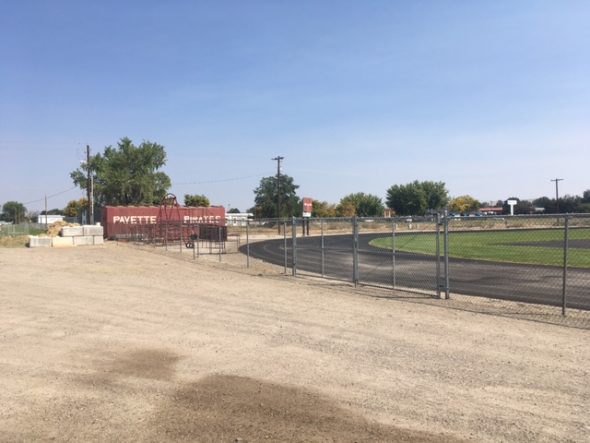 Young Killebrew wasn’t drafted by the Senators, but was signed by the team as a “bonus baby” in 1954, agreeing to a lump sum contract that paid him a bonus and salary for three seasons and sent him directly to the major leagues. He played sporadically for a few seasons, but finally got a full-time chance in the lineup after old man Griffith died and was replaced by his nephew, Calvin.

The younger Griffith wanted both Killebrew and Bob Allison to play, according to Aschburner’s book.

Griffith had made up his mind. He traded Eddie Yost in December as part of a six-player deal with the Detroit Tigers, giving up one of the best table-setting leadoff batters but also opening up the third base spot. Then Griffith told manager Cookie Lavagetto to stick Killebrew at that position and to find room in the outfield for Bob Allison — and to leave them there.

It worked. Starting May 1, 1959, Killebrew hit 11 home runs in 17 games and cemented his future with the Senators and eventually the Twins.

Some more photos from Monday…

-The Twins were back in action Monday, beating the Detroit Tigers, 3-2. A three-run fourth inning, which included Josh Donaldson’s 21st home run of the season, was all the Twins needed. That made a winner out of Bailey Ober, who pitched a quality start to improve to 2-2 on the season with an ERA now under 4.00 at 3.98.

-After one game in Detroit, the Twins now return to Target Field to play the Cubs. John Gant gets the ball Tuesday.