The Twins finally got a laugher.

They scored early and poured it on late to run away from the Kansas City Royals 9-0 on Tuesday at Target Field. The Twins scored their runs on 16 hits. Luis Arraez, Jose Miranda and Gio Urshela accounted for 10 of those hits. 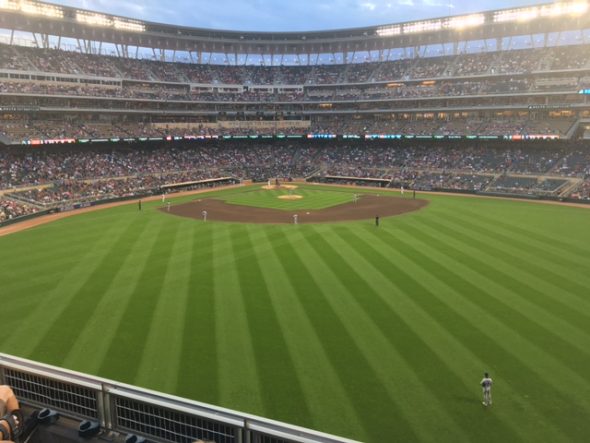 Max Kepler played the role of hero on Monday, but on Tuesday he went 0-for-5, although he still scored two runs, drove in a run and struck out. Gilberto Celestino homered in the fourth.

Starter Sonny Gray made it look easy, striking out 10 over six innings to improve to 7-3 with a 3.11 ERA. Gray, plus three relievers, limited the Royals to five hits.

The Twins go for the sweep on Wednesday. Pitcher Tyler Mahle gets the ball.

-In addition to the Twins win, the other good news is that Cleveland lost to the Detroit Tigers, which means the Twins and Chicago White Sox moved a game closer to the division lead.

-We sat in the “dugout seats” near first base at Target Field on Monday, which were nice, but we decided to save a little money and sit in center field for Tuesday’s game. Although not as close to the action, I think I preferred the outfield seats because they were a little more comfortable. I could look straight ahead to watch the game, rather than having to turn in my seat and look left at home plate.

-Some more photos of our Twin Cities trip: 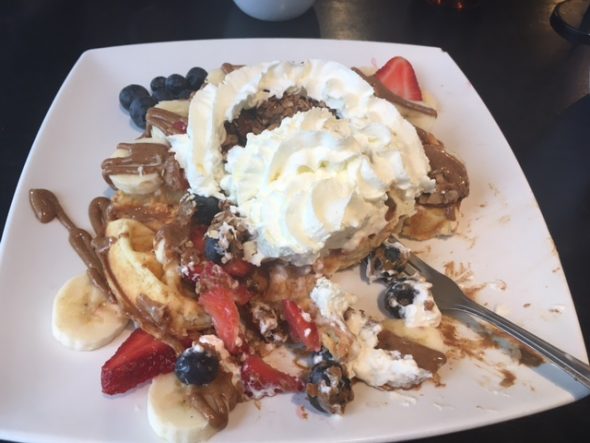 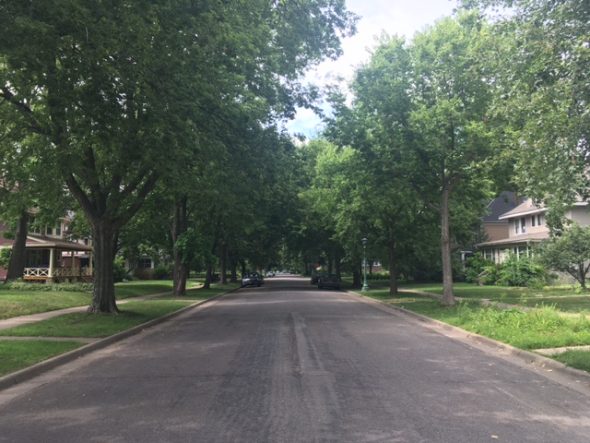 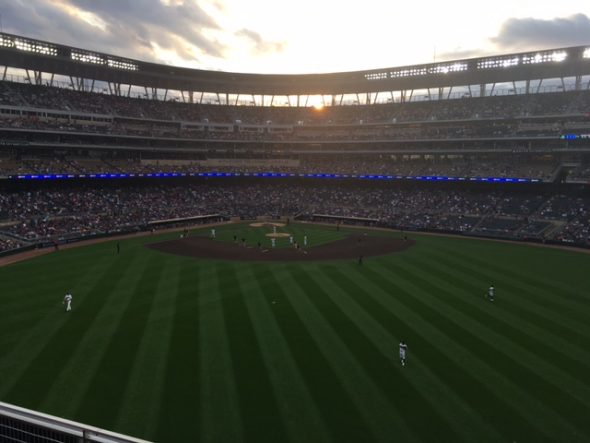 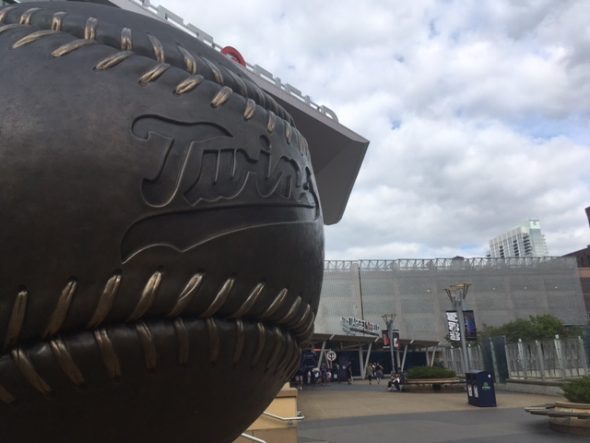