Pitching, not hitting, carries the Twins

Aside from a poor start from Hector Santiago, who has since wound up on the disabled list, Twins pitching has been strong of late, helping the club win three straight games and six of their last 10. If they win Sunday, make it four straight wins and a sweep of the San Francisco Giants.

Jose Berrios got the win on Saturday and improved to 5-1 with a 2.84 ERA. He struck out eight over five-plus innings, limiting the Giants to just two runs. The bullpen shut out the Giants the rest of the way, including Brandon Kintzler, who picked up his 17th save in the 3-2 win.

Berrios pitched well, but once again it was Ervin Santana who set the example for the series. Santana went the distance on Friday to shut out the Giants on four hits with one walk and five strikeouts. He also needed only 91 pitches to get the job done. Santana is now 8-3 with a 2.20 ERA.

And though I’m somewhat loathe to admit it, Kyle Gibson pitched well on Thursday to beat the Seattle Mariners, 2-1. I was at that game and Gibson looked pretty good, especially his curveball, which he threw often. Gibson struck out four in six innings and gave up only one run. He is now 3-4 and his earned run average has finally fallen below 7.00 to 6.52.

-There has been hitting, of course, but lately it has largely come in the form of the long ball. Brian Dozier and Kennys Vargas homered in Saturday’s win, and Jason Castro hit a solo shot in Thursday’s victory. On Friday, pitcher Santana contributed to his own victory with a double.

-The Twins are now 20-8 on the road, versus 12-18 at home. They come home Monday to host the Seattle Mariners. The Twins have the second best road record in the American League after the Houston Astros at 23-8.

-Pitcher Nik Turley, who has spent 10 years in the minors, will get his first major league start for the Twins on Sunday. 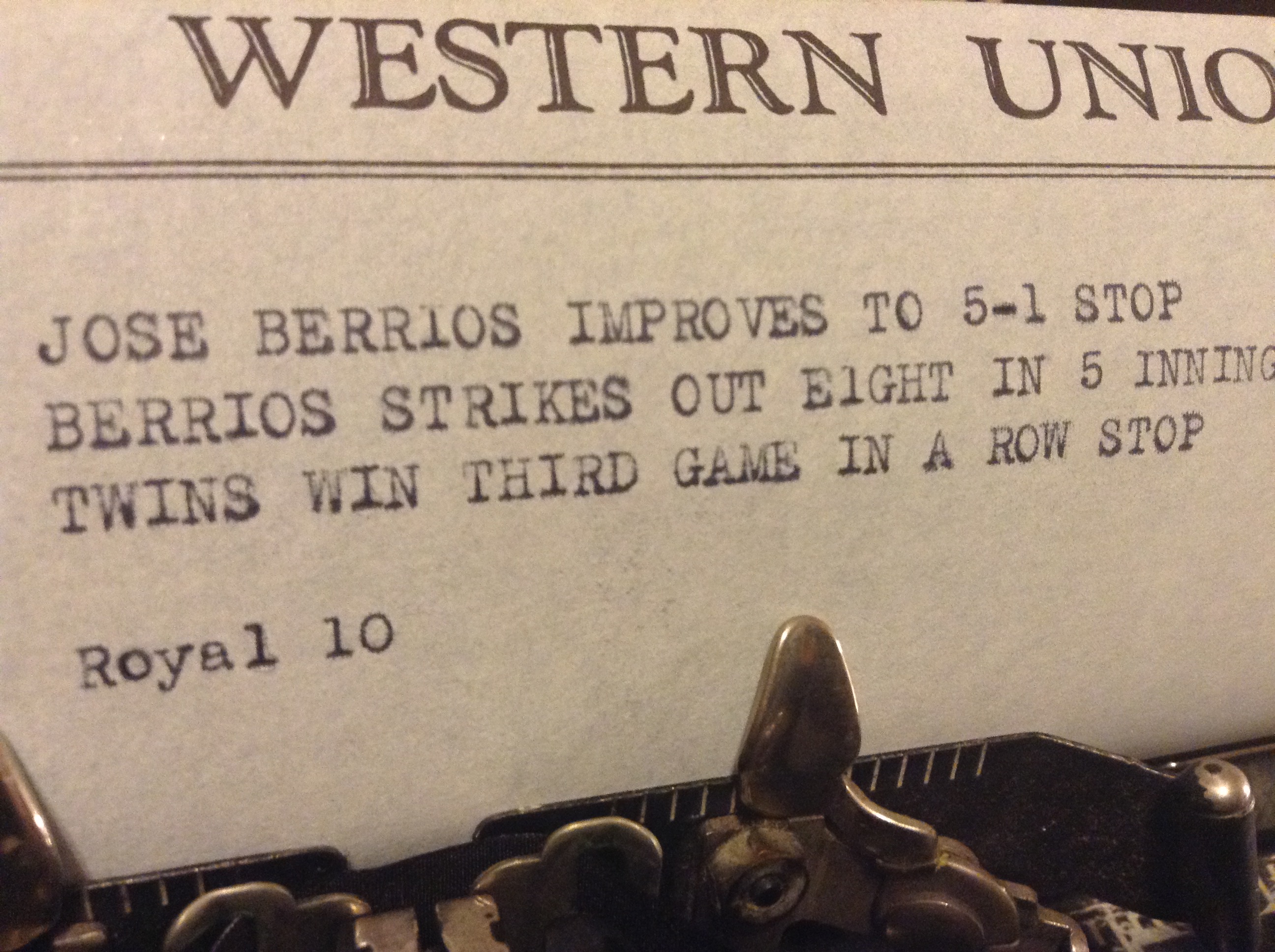