The Twins made up for their disappointing effort in New York by routing the Tigers in four games, outscoring the Detroit-based team 39-12, including another double-digit, 10-4 victory on Sunday. The Twins now have a four and a half game lead over the Los Angeles Angels of Anaheim with six games left in the season.

The team is off Monday, then heads to Cleveland to take on the Tribe, a club that is so far 21-2 in September. The Indians have already clinched the division, so there’s a chance the team rests some players, or works in a few September callups to face the Twins. And if they’re not at full strength, perhaps the Twins take a game or two before the season ends. The Twins and Tribe have met 16 times this season, with the Indians winning 10 of those games.

Meanwhile, Jose Berrios on Sunday improved to 13-8 after he limited the Tigers to two runs in five innings with six strikeouts. The Twins scored 10 runs on 12 hits, including home runs from Jorge Polanco and Eduardo Escobar, his 20th, and extra-base hits from Kennys Vargas, Polanco, Brian Dozier and Eddie Rosario.

Bartolo Colon gets the ball Tuesday.

-Sunday’s victory was win No. 82 for the Twins, so if everything falls apart this week, they will still finish the season with a winning record. It’s an amazing turnaround because this team won only 59 games in 2016. If the Twins clinch a playoff berth, they will become the first team in major league history to do so after losing 100 games the previous season. 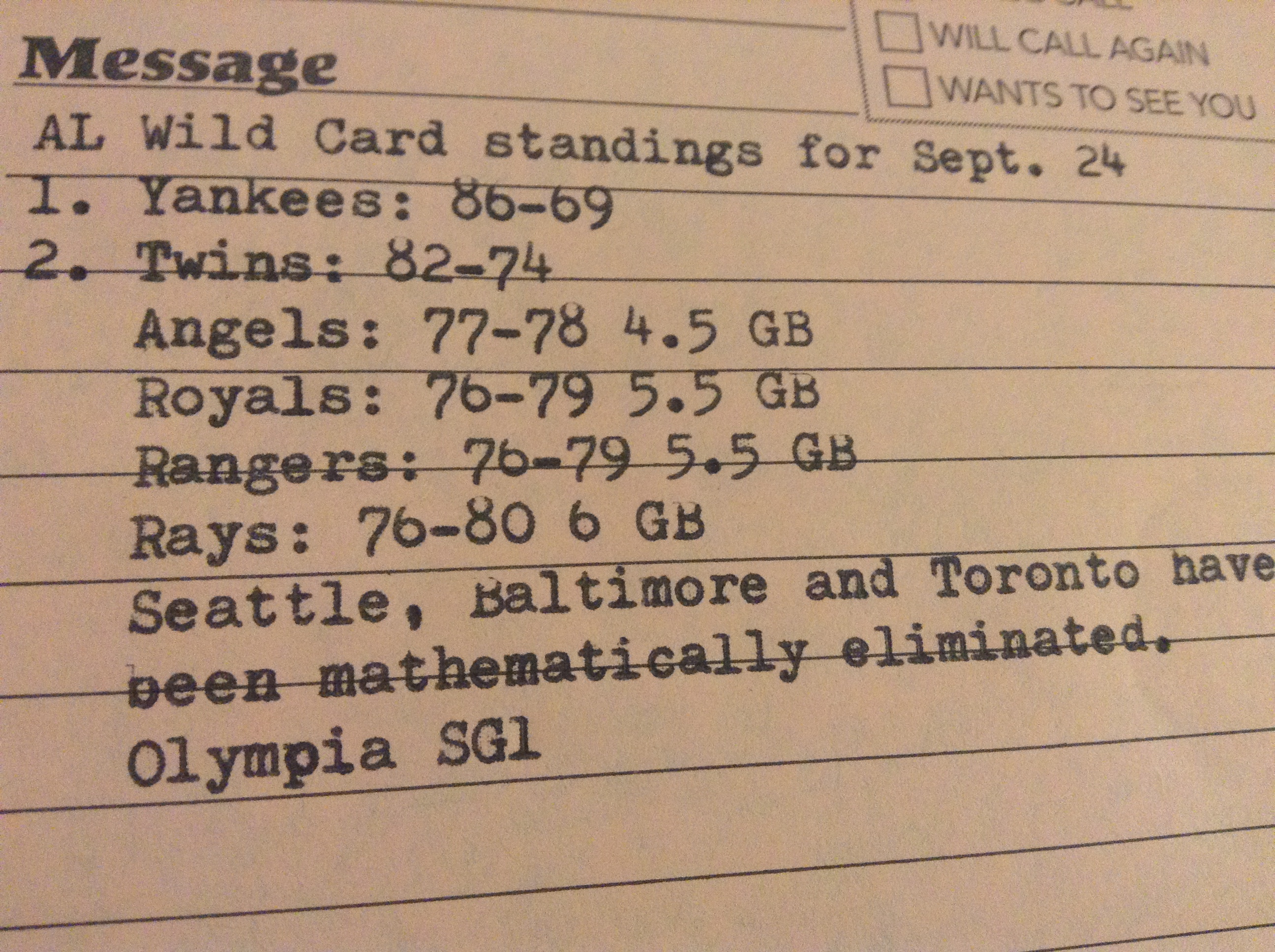