All the joy created by the back-to-back do it again Twins — and consecutive walk-off home runs hit Wednesday and Thursday — was quickly extinguished Friday by the Toronto Blue Jays.

That’s because Josh Donaldson homered and drove in the go-ahead run to beat the Twins, 4-3. Not only in Friday’s game, but for his career Donaldson is pretty much all-world when it comes to playing against the Twins, according to the Associated Press.

In 38 career games against the Twins, Donaldson is batting .375 with 16 doubles, 15 homers and 41 RBI. Donaldson’s on-base-plus-slugging percentage, at 1.239 entering the night, is the highest by any opposing player in Twins history including the franchise’s previous incarnation as the Washington Senators.

How about that stat? The “highest by an opposing player in Twins history,” including the Washington Senators, a team, by the way, that was formed in 1901.

So, the Twins and Blue Jays have split the first two games of the series. Now, it’s time to get serious. The Twins need to win Saturday and Sunday, not only to enhance their record before they leave for New York, but also to keep the Los Angeles Angels of Anaheim at bay. The Halos won Friday, so they moved to within two games of the second wild card spot in the American League.

Adalberto Mejia, fresh off the disabled list, gets the ball Saturday. 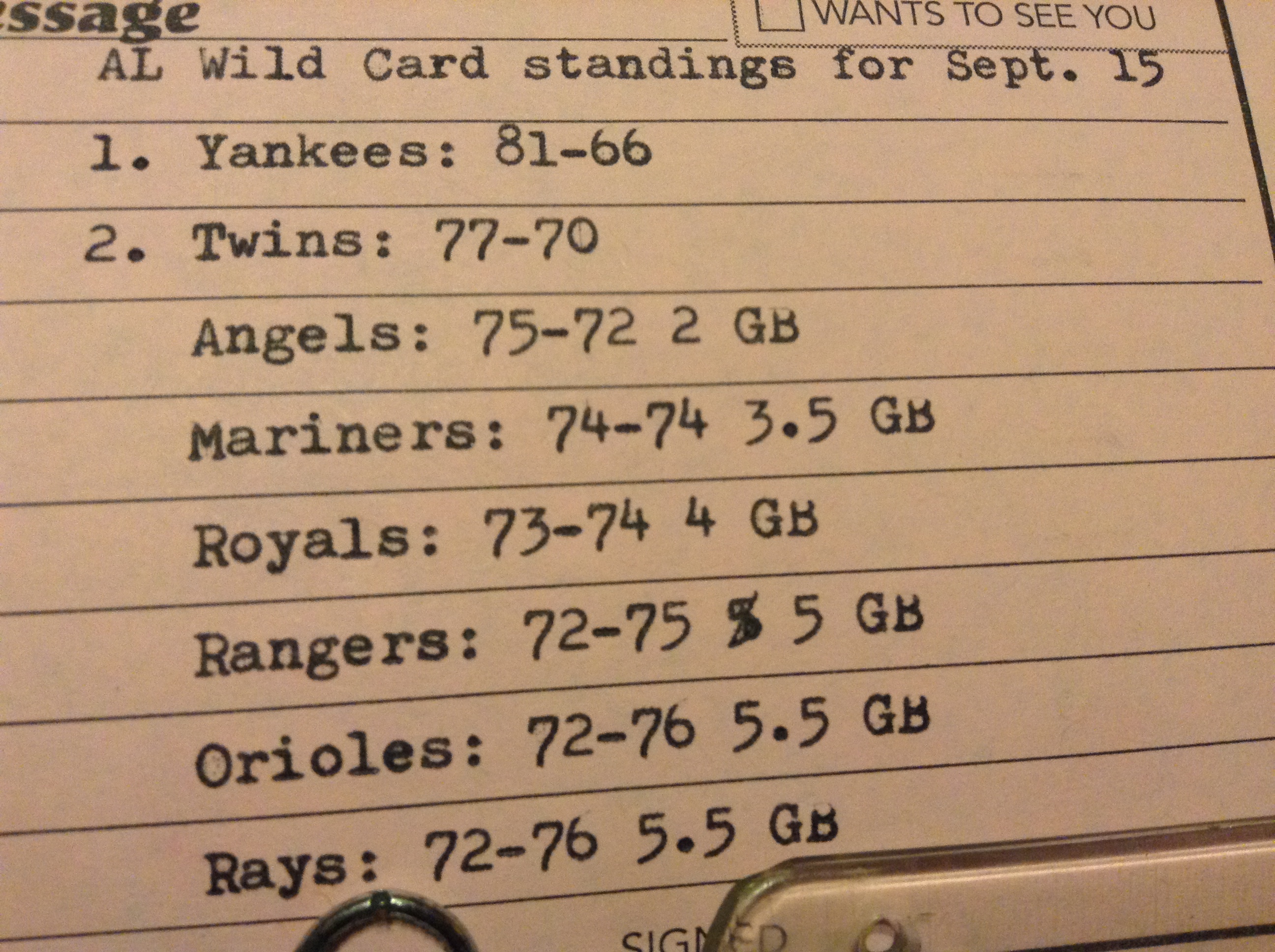