The Twins are alive and kicking

Twins killer extraordinaire Josh Donaldson was up to his old tricks again after he hit two home runs and staked the Toronto Blue Jays to an early 4-0 lead on Sunday.

But this time the Twins responded with seven runs in the bottom of the second and six more in the bottom of the fifth to roll to a 13-7 win. The Los Angeles Angels of Anaheim lost Sunday, so the Twins have regained their two-game lead over the Halos for the second wild card spot in the American League. The Twins need that cushion because now they hit the road for 10 games. First up, the New York Yankees, followed by the Detroit Tigers, followed by the red-hot Cleveland Indians, who clinched the AL Central title on Sunday. How did they do it? Oh, a 22-game winning streak never hurts.

Meanwhile, Kyle Gibson got the win for the Twins and improved to 11-10, but it wasn’t pretty. Despite eight strikeouts, Gibson surrendered five runs, all earned, and walked five batters in six innings. Luckily for him, the Twins rallied to score 13 runs on 16 hits. Eddie Rosario hit two solo home runs, Byron Buxton hit a solo shot and Joe Mauer hit his first grand slam since 2012, according to MLB.com.

Ervin Santana, a 15-game winner, gets the ball Monday versus the Bronx Bombers.

-Rosario has found a home hitting cleanup for the Twins. He has hit six home runs in September to give him 26 on the season.

-Buxton’s home run was his 16th. Mauer’s grand slam was only his seventh home run of the season.

-Here’s what the Twins have to contend with in the Bronx: They are 11-32 at Yankee Stadium since 2001, according to the Strib. At least they’re not winless, right? 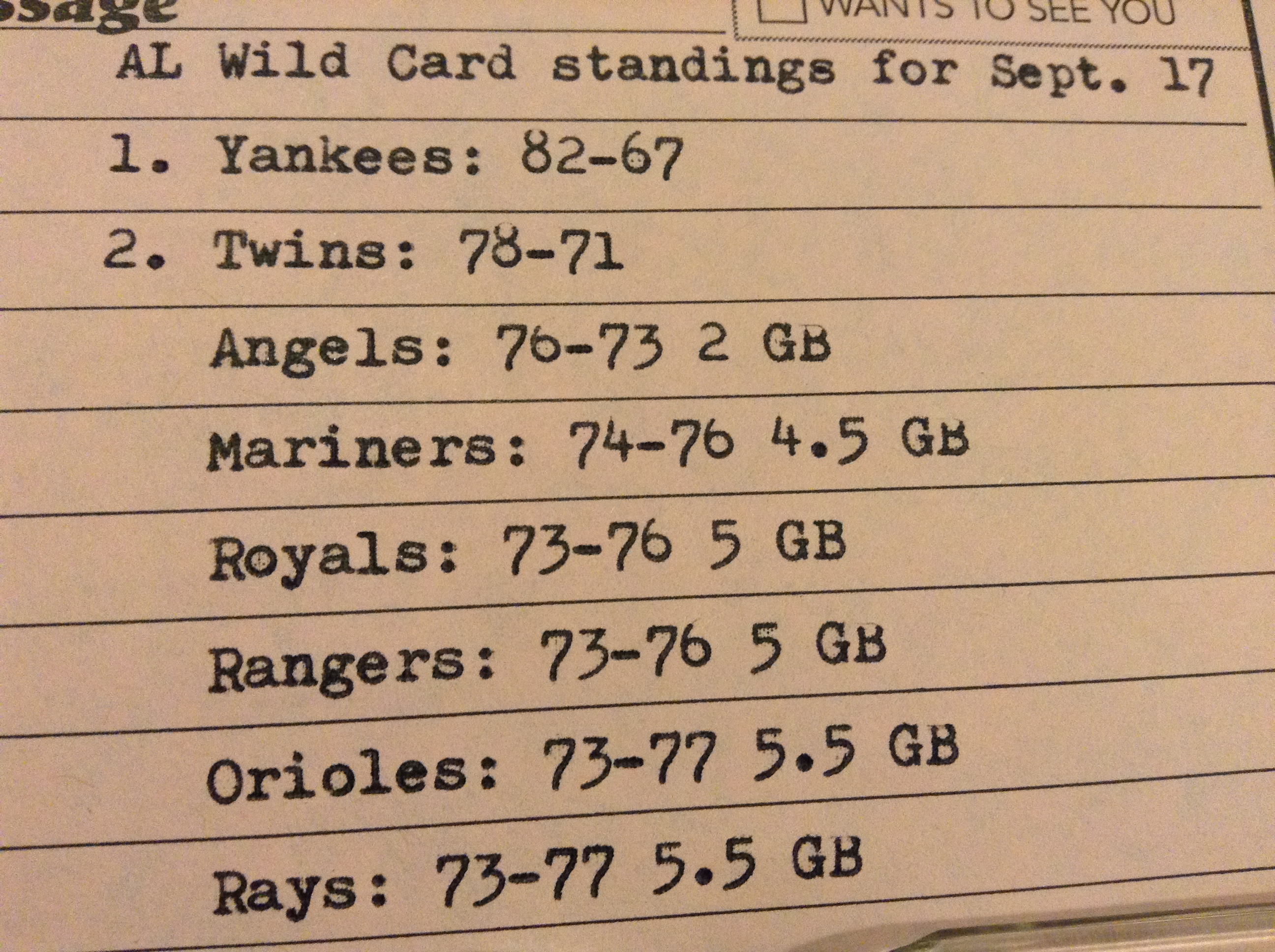