I wasn’t sure I was going to come up with a Twins-related nugget to write about this week as baseball sits on the sidelines, waiting, like we all are, for the curve of the coronavirus to flatten.

But then the Baseball-Reference.com newsletter landed in my inbox and there it was: a little item about top performing hitters on opening day, including two Twins. I was not surprised to see Gary Gaetti on that list because he was always a good-hitting third baseman who blasted 360 home runs over a 20-season career, including 10 seasons with the Twins.

But the other Twins player on that list was new to me.

On April 7, 1970, the Twins were in Chicago to play the White Sox on opening day. I’m not sure what was going on in the city that day because the game attracted only 11,000 fans, according to Baseball-Reference.com. And those who bothered to show up saw the Twins clobber the South Siders, 12-0. Outfielder, Brant Alyea, who spent two seasons with the Twins, led the way with four hits, including two home runs and seven RBI.

Other Twins had good days as well: Rod Carew and Tony Oliva both went 2-for-5, including a double for Oliva, and Cesar Tovar, hitting in the leadoff spot, tripled off White Sox starter, Tommy John. 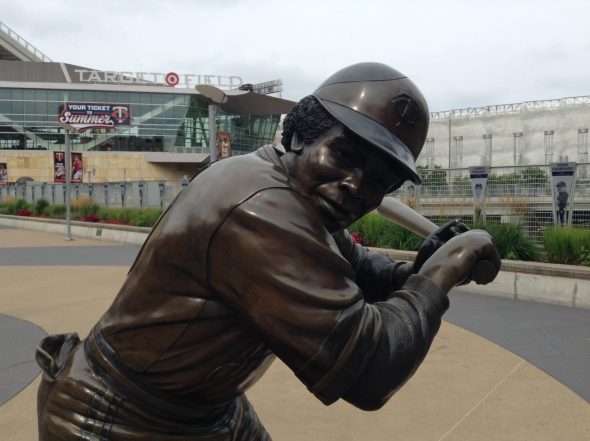 Twins starter Jim Perry pitched a complete game, six-hit shutout, with four walks and six strikeouts. It would be a great season for Perry and the Twins. Perry would go on to win 24 games and the American League Cy Young award, and the Twins would cruise to 98 wins and an AL West title.

-Colorful and controversial umpire, Ron Luciano, was at second base on that April opening day.

-The Twins opened the 1970 season with two games at the White Sox. After the opening day shutout, the Twins came back and beat them the next day, 6-4. This time before only 1,400 fans. Was it too cold? Nope. The Baseball-Reference.com box score shows it was 58 degrees — for both days.

-However, the White Sox were terrible in those years and that likely explains the poor game attendance. They lost 94 games in 1969 and 106 games in 1970.

-The Game 2 starter for the Twins was none other than Luis Tiant, who came away with the no-decision start. Tiant pitched one season for the Twins before joining the Red Sox to win 122 games over the next eight seasons.

-So what did Gaetti do to warrant his inclusion on the list of opening day top performers? The G-man also went 4-for-4, including two home runs and a triple, in an 11-7 loss at home to the Seattle Mariners on April 6, 1982. How many fans filled the Metrodome to see that game? More than 52,000.