The collapse is complete: Twins swept by Royals

The 89-loss Kansas City Royals, one of the few teams the Twins have been able to beat with regularity this season, finally got their revenge with a three-game sweep, including Thursday’s 4-1 win. The Twins entered the series with a 12-4 record against the Royals, but emerge from it at 12-7 for the season.

What a difference a week makes. A week ago the Twins swept the Royals, giving the team and Twins fans a kernel of hope before they played eight games against the Cleveland Guardians and K.C. But it all quickly became a nightmare because the Twins wound up with a 1-7 record in those games.

So when does the season end for you?

That was essentially the question Twins radio personality and ex-Twin Dan Gladden posed to his radio partner Cory Provus during Thursday’s loss. Gladden said he expects to soon see players in front of lockers, packing up their belongings.

It also prompted a discussion about turning points in the season and Provus mentioned two: the 15 games played against the two weakest teams in the AL Central (Kansas City and Detroit) in late May through early June, a time when the Twins had a chance to pad their lead in the division, but wound up going 8-7. The other missed opportunity was a series of games against Cleveland in June that included some close losses and walk-off losses.

Provus said the season is bound to sting for fans because so much of it was spent in first place. In fact, the Twins held the top spot for 108 days.

A starter has not been named for Friday’s game against the Los Angeles Angels.

-Twins pitcher Josh Winder absorbed the loss, but he still made a quality start. He allowed three runs over six innings with a walk and three strikeouts.

-The Twins scored a run on two hits in Thursday’s loss (Ugh). Luis Arraez and Carlos Correa had a hit apiece.

-Longtime Twin and Hall of Fame pitcher Bert Blyleven no-hit the California Angels as a member of the Texas Rangers at Anaheim Stadium on Sept. 22, 1977, according to Baseball-Reference.com.

Blyleven allowed one walk and struck out seven over nine innings. It was his final start of the ‘77 season. He went 14-12 with a 2.72 ERA and 182 strikeouts. 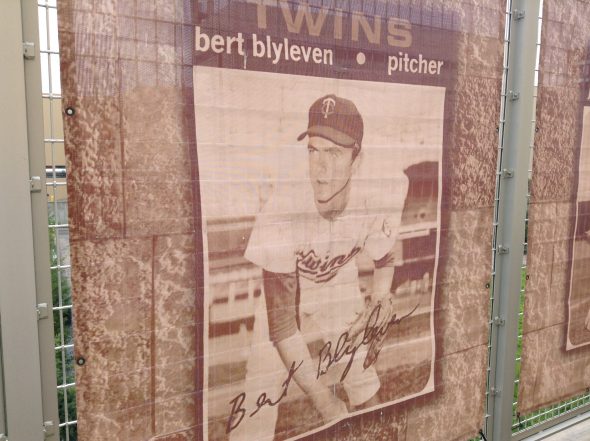