Game 2 goes to the Twins

The Twins are a game away from a sweep of the Chicago White Sox after they pounded the Pale Hose on Wednesday, 11-1.

Jose Berrios pitched seven scoreless innings and stuck out 11, while the offense scored 11 runs on 16 hits, including two more home runs from Eddie Rosario. Brian Dozier also had four hits, while backup catcher, Mitch Garver, and outfielder, Ehire Adrianza, each had three hits. Garver doubled and tripled in the game.

The Twins improved to 69-63 and are now only one game back of the New York Yankees for the top wild card position in the American League. As for whether the Twins can catch the Cleveland Indians, forget it. The Twins are playing well, but the Tribe is red hot. The Indians are now 20 games over .500 and they have a seven and a half game lead on the Twins.

The ageless one, Bartolo Colon, gets the ball Thursday. 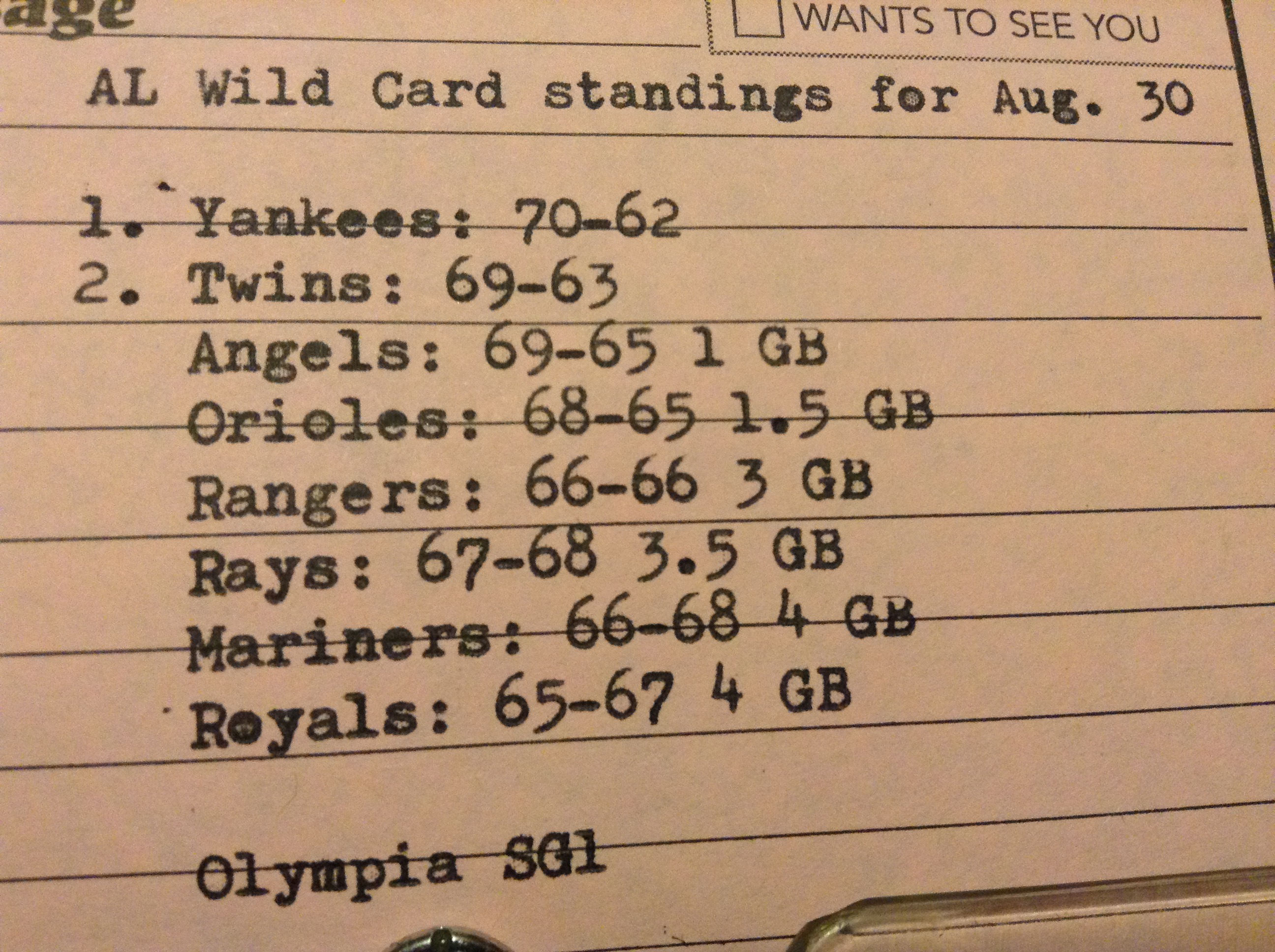