After the Twins were swept at home by the Cleveland Indians last week, the Twins showed just how good a road team they are with their own three-game sweep of the Tribe. The Twins improved to 23-9 on the road and pulled one-half game ahead of the Indians in the American League Central. The timing is great because the Twins now take that winning streak to Fenway Park for a four-game series with the Boston Red Sox.

Ervin Santana and two relievers, limited the Tribe to nine hits, while striking out nine with no walks. Santana is now 10-4 with a 2.80 ERA. Eddie Rosario had another big night with three hits, including his 10th homer of the year.

After visiting Boston, the Twins will head to Kansas City to take on the red-hot Royals, 7-3 in their last 10 games. The Royals got off to a slow start this season but have clawed their way back to a .500 record at 37-37. I have a feeling the entire central division could be in the thick of things come September.

-Adalberto Mejia and three relievers shut out the Tribe on Friday. Mejia was a little wild, allowing five walks, but he still limited the Indians to two hits over five innings with four strikeouts.

-The bullpen and Brian Dozier bailed out the Twins on Saturday to beat the Indians 4-2. Taylor Rogers got the win and Brandon Kintzler his 20th save. Meanwhile, Dozier hit his 13th home run late in the game to seal the victory. The Twins got the win, despite striking out 13 times versus Cleveland ace Corey Kluber.

-What will Surviving Grady say about the Twins this time? 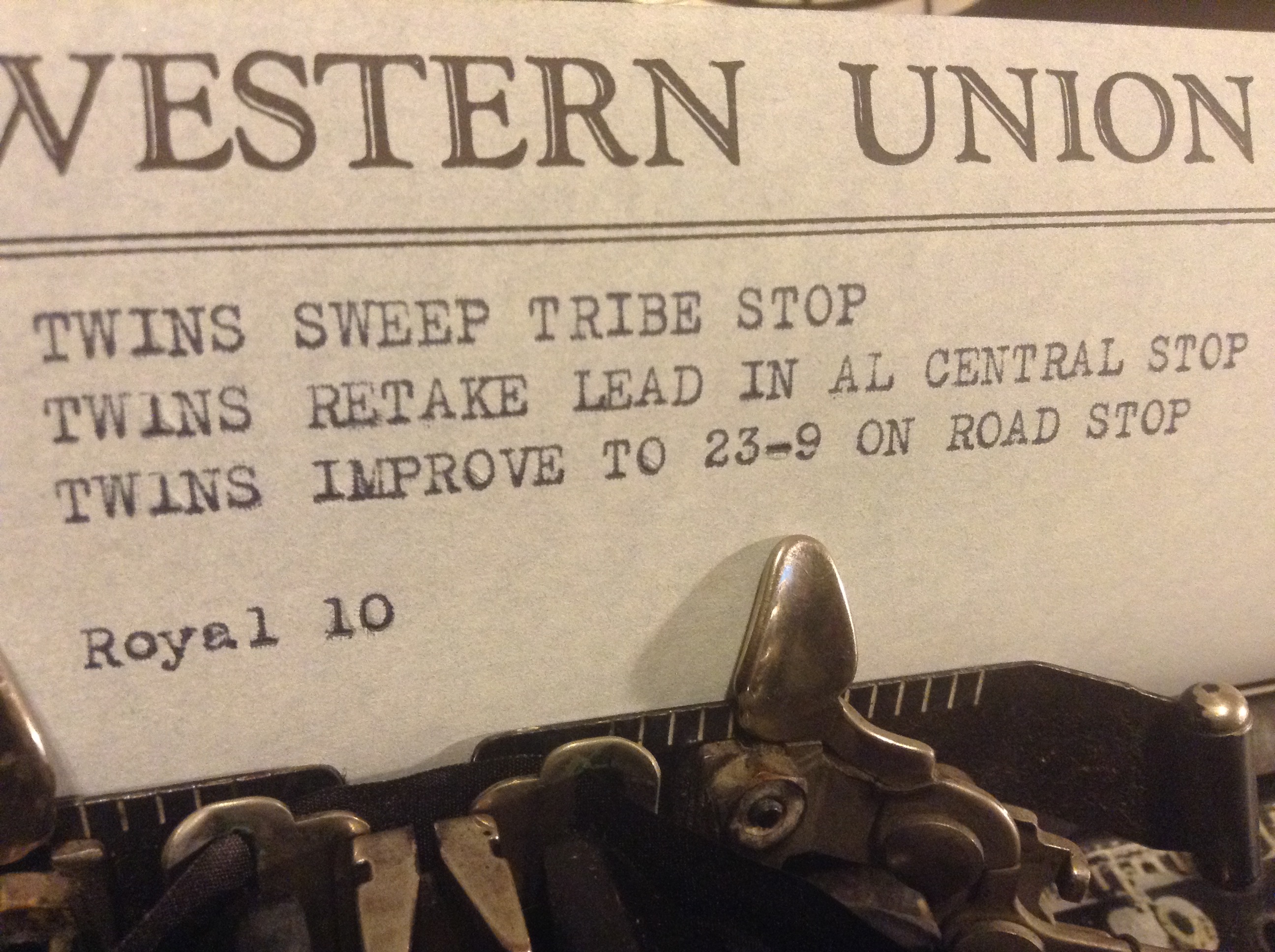